With geographical coordinates of 14.0669679943, and 120.626135987, the campus is bounded to the North and East by Nasugbu Poblacion proper, to the South by Brgy.Bucana, and to the West by Nasugbu Bay. Landmarks near the campus includes the Globe Telecom Building and Kainan sa Dalampasigan Restaurant. The school is easily accessible by Public Transport Services coming from PITX, Coastal Road and Pasay bus terminals in Manila. It is also a quick two-hour drive by car through the old road from Southern Luzon Expressway to Tagaytay City then farther ahead to Tagaytay-Nasugbu Highway. Another alternative route is via Cavitex Highway and then through the largest subterranean tunnel in the Philippines that goes through Mount Palay Palay down to the rest of Nasugbu-Ternate Highway, leading to the town proper that is conveniently close to the campus.

The University campus has the expanse of 4.159 hectares. The land area is divided in to two compounds.  Area I as of writing, is the side of the property adjacent to shores of Nasugbu, where majority of the buildings are located, including the admin building which is considered as the oldest structure in the campus dating back to the school’s founding years.

The second half of the site is known to many as the Physical Education School Sports (PESS) Ground or the Roxas-Gargollo Sports Field. Measuring at 1.6849 hectare, this spacious open field is a frequent venue for PE subjects, military trainings, sports events and other outdoor activities. The Batstate U Hostel that serves as a function hall for local events stands proudly at the southern part of the field along side the Higher Education Building where most of the classes of the colleges of different programs are held.

More than half a century ago, an educational institution was established in Nasugbu, Batangas by virtue of Republic Act 685 passed by the congress through the effort of Congressman Apolinario Reyes Apacible and the then Bureau of Fisheries Director Deogracias V.Villadolid. It was May 9, 1952, to be exact.

The school which was first called the Philippine Institute of Fisheries Technology started operating in 1957 bearing the name Batangas School of Fisheries (BSF) with the two-story structure built on a three hectare-land donated by Roxas y Cia.

Offering Secondary Fishery Curriculum for years since then, the school has undergone remarkable changes not only in its physical facilities but also in skills and academic achievements as well.

Then rapid and more significant developments came about. In 1981, under the Department of Education Culture and Sports, the school now called Apolinario R. Apacible School of Fisheries (ARASOF) started offering Elementary Curriculum as well as Non-Traditional Courses and other short-term courses.

By 1994,by virtue ofthe Higher Modernization Act of 1994, Apolinario R. Apacible School of Fisheries was placed under the Commission on Higher Education (CHED) as a supervised institution paving the way for more program offerings for the institution’s ever-growing number of clienteles. In 1996, the Bachelor of Science in Food Technology, Bachelor of Science in Hotel and Restaurant Management, Bachelor in Elementary Education, and Bachelor in Secondary Education programs were opened for enrollment, creating more educational opportunities for stakeholders and the local community.

The flight of ARASOF continued through the years until that momentous day on the 25th of February Year 2000, when the wind of change swept across the campus once more, and completely altered its destiny. The Board of Trustees of the Pablo Borbon Memorial Institute of Technology approved the official Integration of ARASOF, taking the campus under its wing along with the Jose P. Laurel Polytechnique College in Malvar.

Known in the region now as the Batangas State University ARASOF Nasugbu Campus, the institution caters to some 4459 students as it continues to strive towards maintaining academic excellence and alignment to the University system’s vision. Distinguishing itself through quality multidisciplinary course offerings, the campus now boasts of six colleges and a laboratory school.

The College of Accountancy, Business, Economics and International Hospitality Management is an institution offering nationally-accredited graduate and undergraduate programs in Business and Hospitality Managements, Customs and Public administrations, and Disaster Risk Management. Comprised of more than 100 faculty and support staff catering to more than 3,500 students, the college has been the prominent producer of license professionals in the field of Accountancy and Customs Administration; competent graduates in the wide array of business, entrepreneurship, management accounting, hospitality and tourism management, public administration and disaster risk management in the region and the country. 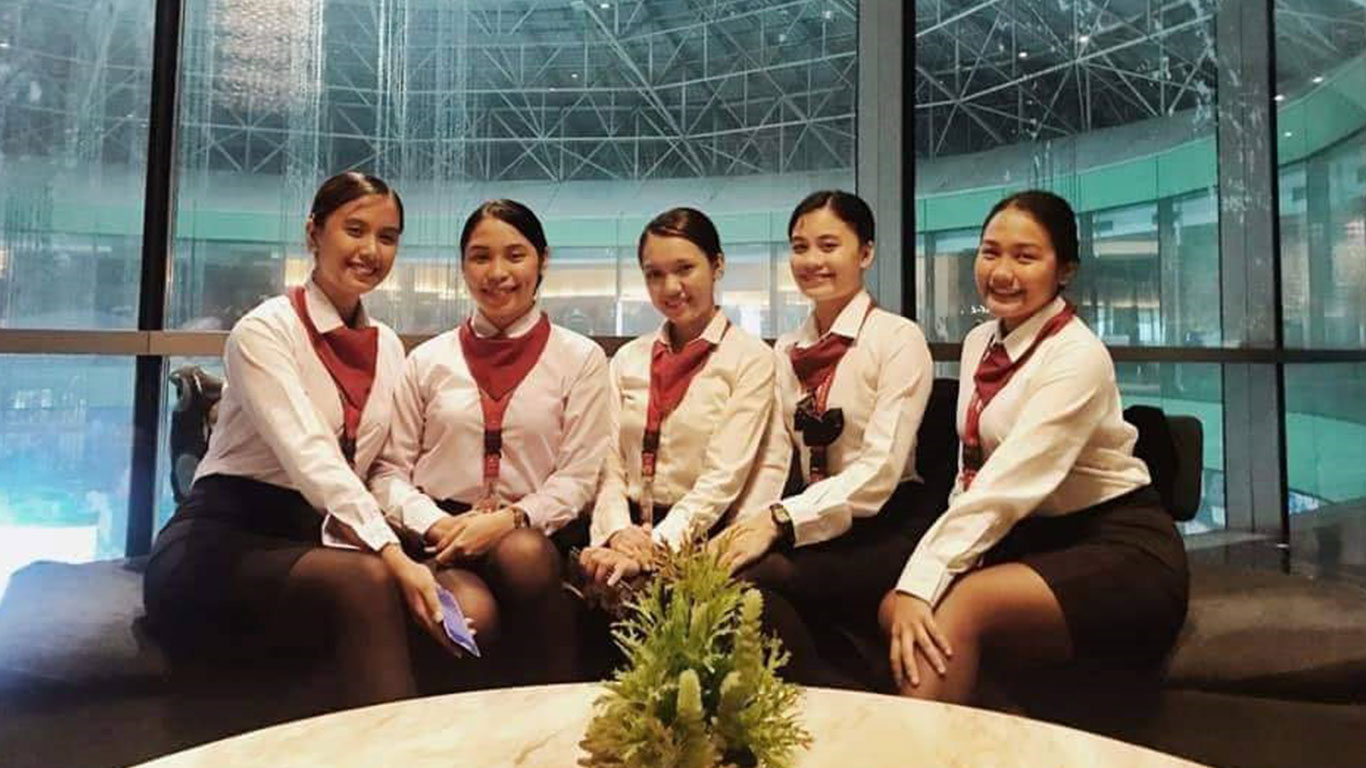 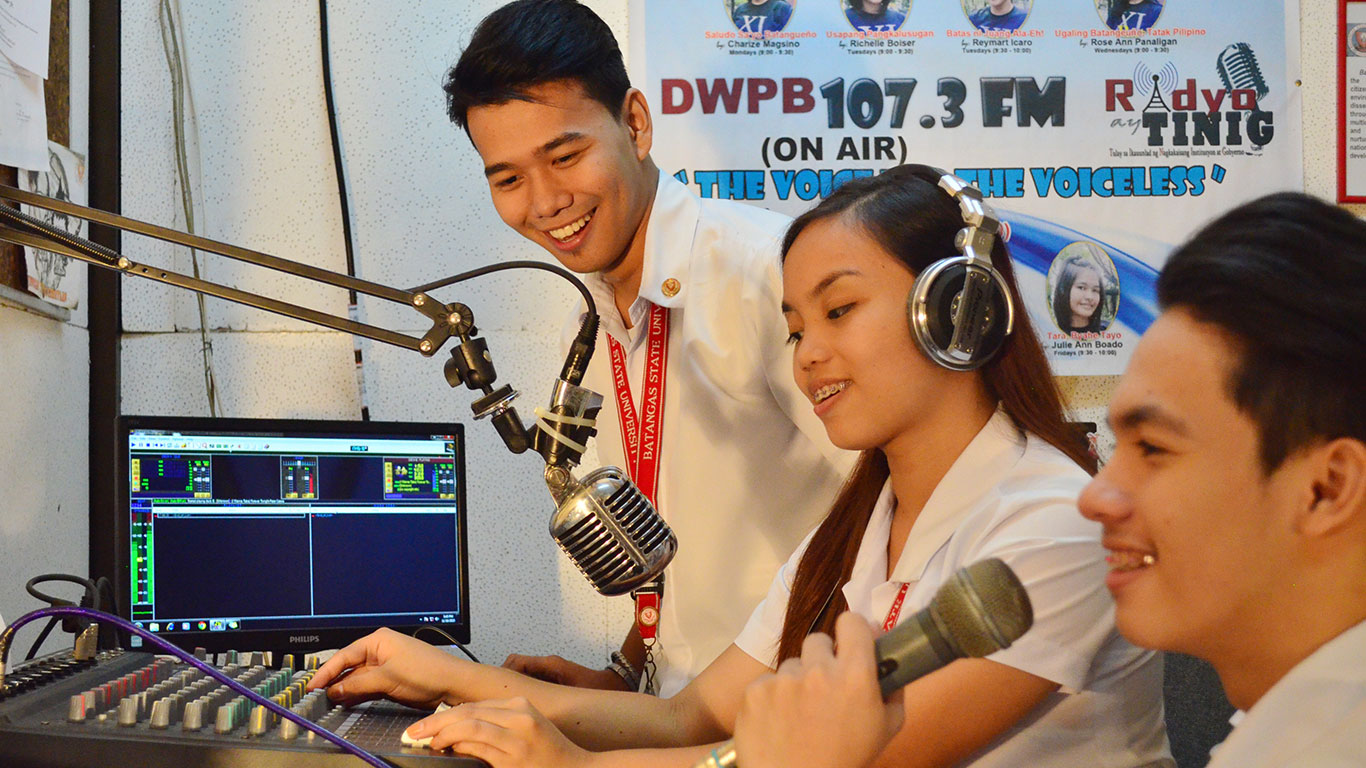 College of Arts and Sciences

The College aims to provide exemplary leadership essential to the education of proficient and humane professionals in the arts and sciences.

College of Engineering and Computing Science

The College of Engineering and Computing Sciences is committed in producing globally competitive professionals and is continuing to commit itself to develop highly dynamic, righteous, and competent pool of professionals equipped by quality education and practical training. 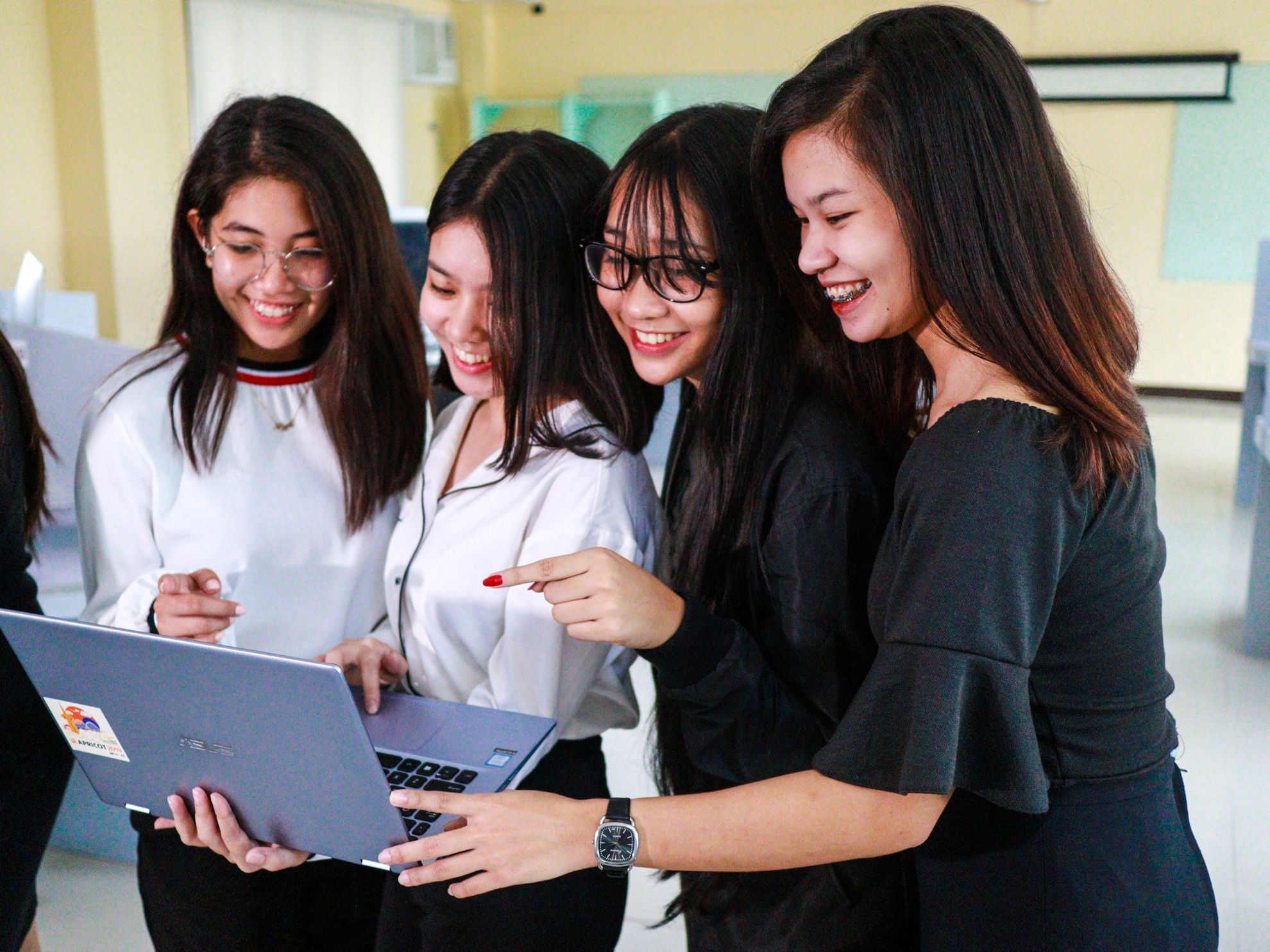 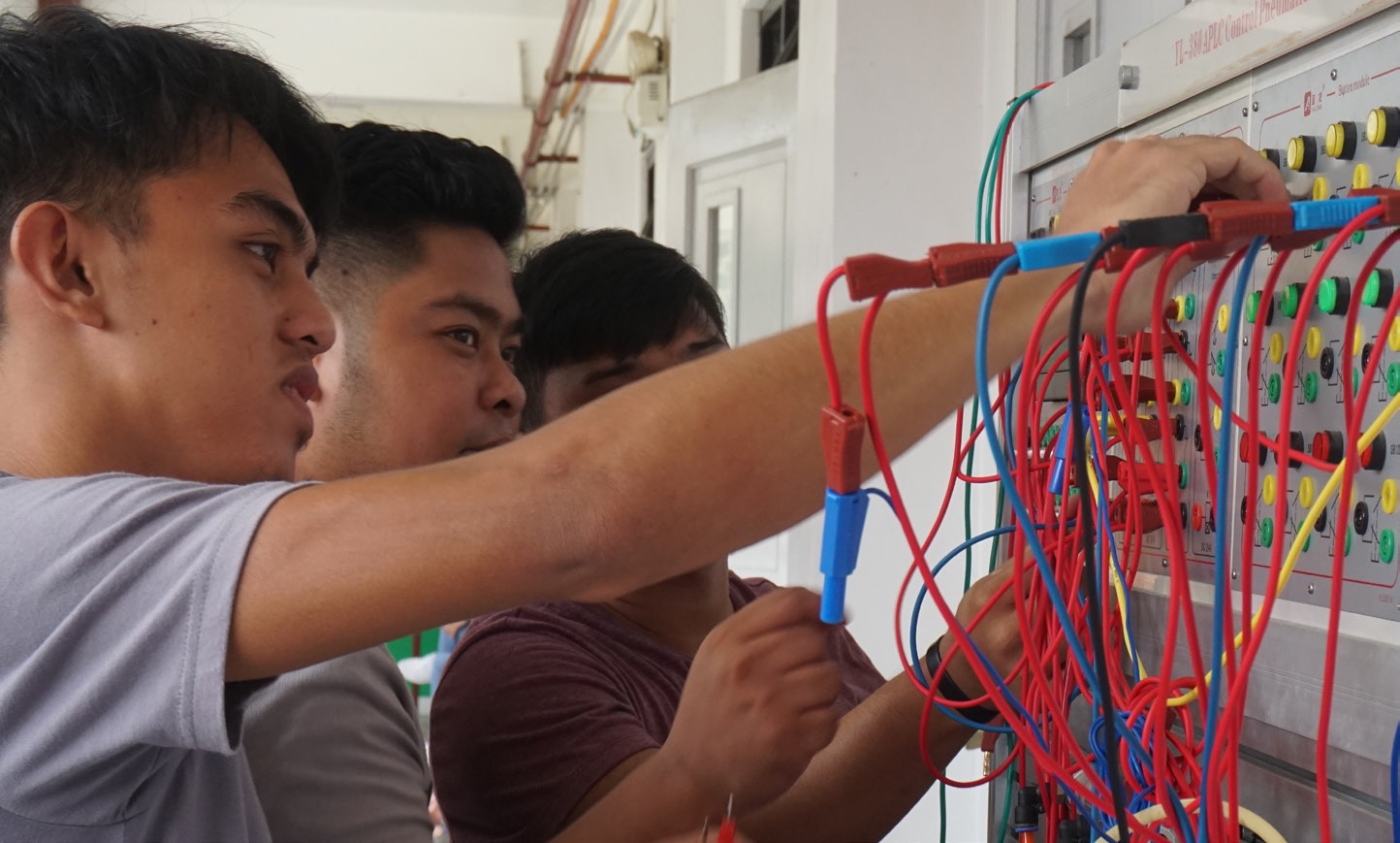 On June 2005, after the separation of AHSE (Associate in Health Science Education) from School of Science and Public Health, the College of Nursing emerged; and with it, was the introduction of new program, entitled Bachelor of Science in Nursing; which was granted with CHED recognition dated October 23, 2007. In the year 2009, the college finds itself expanding with more students, as it adopted a new program: Bachelor of Science in Nutrition and Dietetics. 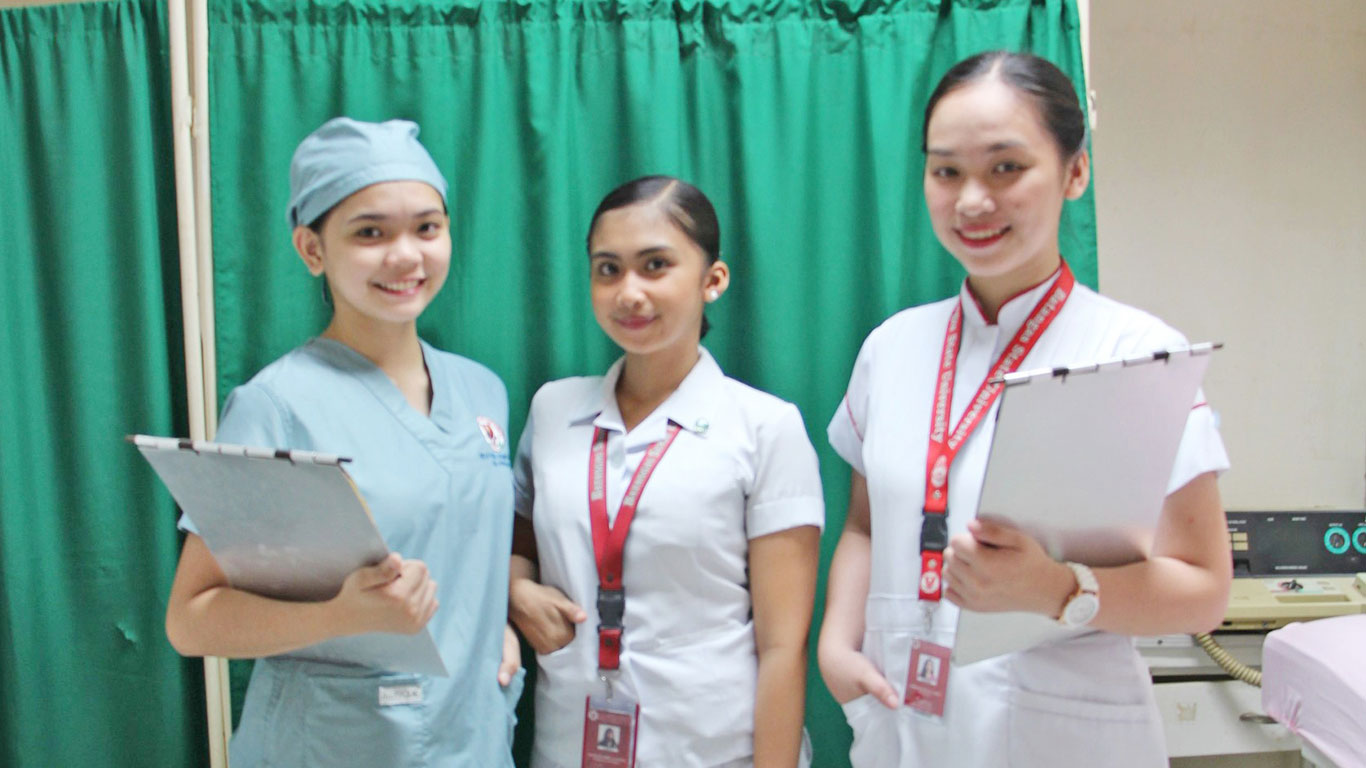 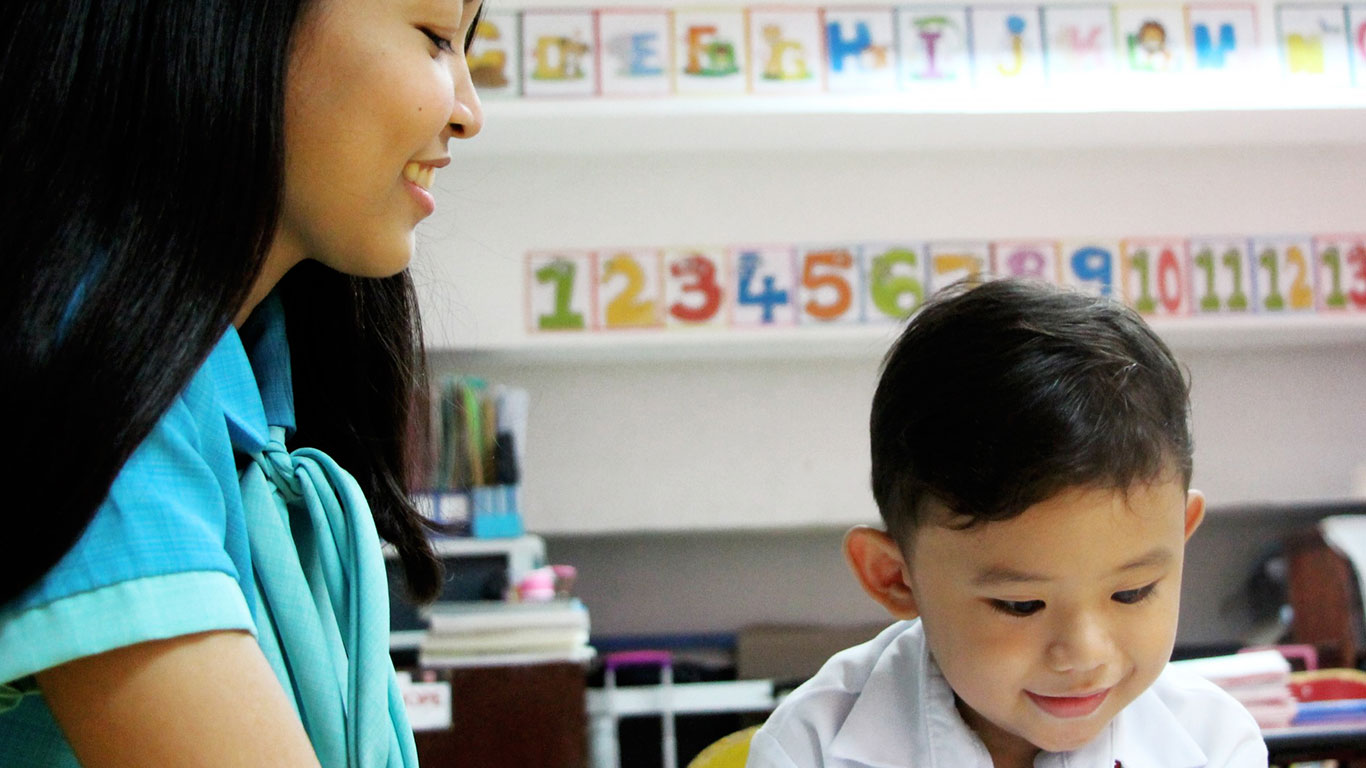 The College of Teacher Education endeavors to produce well-rounded academicians who possess technical, pedagogical and research skills in order to address the challenges of diverse educational settings and engage in lifelong learning.

The Laboratory School of Batangas State University aims to develop children and young adults in becoming well-rounded, well adjusted, mentally alert, responsible, disciplined, law-abiding, and God-loving citizens equipped and imbued with knowledge, skills, attitudes and values as their solid foundation for their entry into grade one, high school and college with adequate exposure to relevant training in different learning areas to prepare them to become productive and worthy of society. 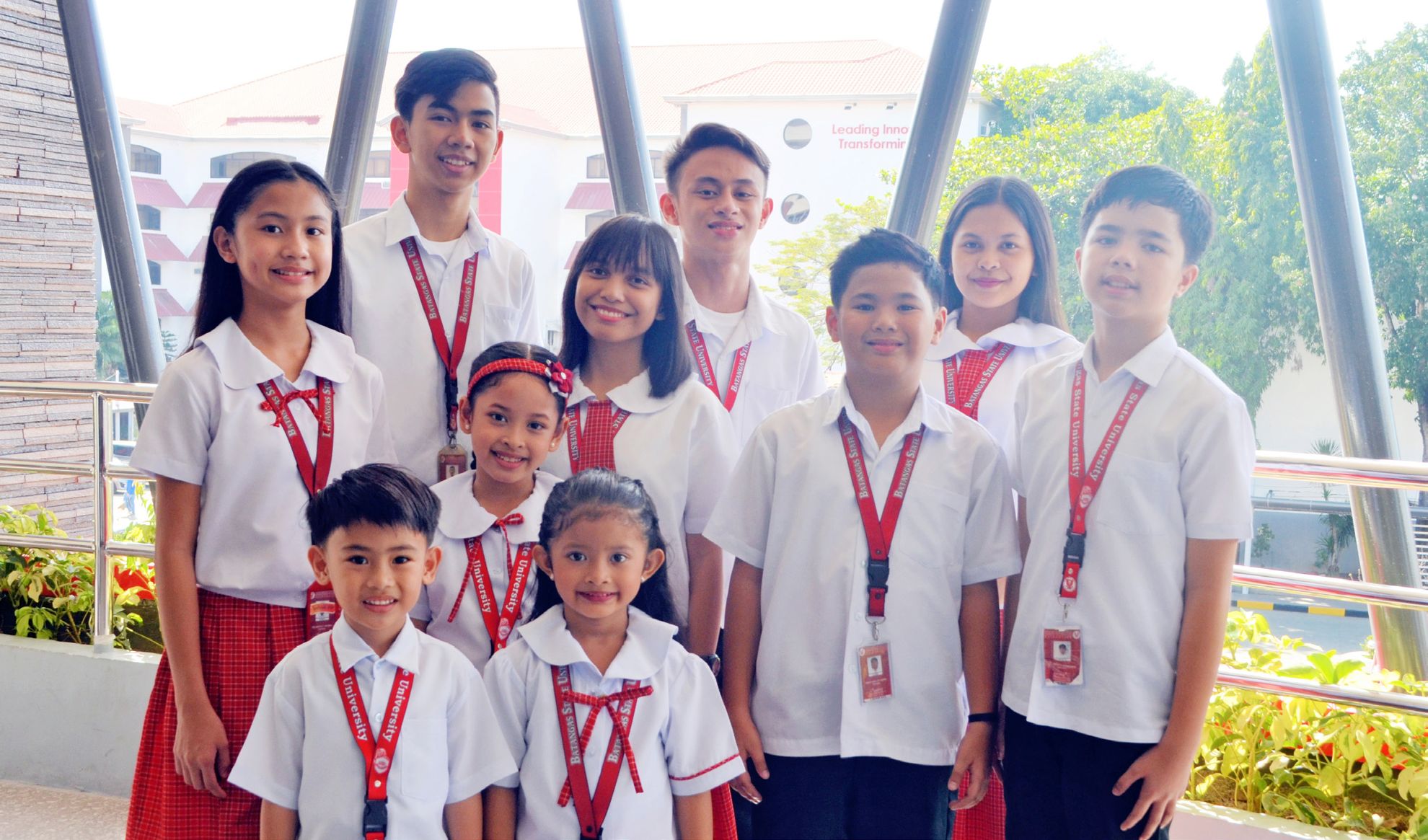