Through CTI, the university encourages technology start-ups that will add fresh impetus to the innovation ecosystem by delivering a support system to local entrepreneurs who bear great ideas that exhibit potential as a solid investment and foundation for nation-building.

Each Start-up, through the established financial resources, shall be provided with a seed money plus Corporate, regulatory and general legal payment and consulting plus Business management classes plus Marketing, Financial, Intellectual Property consulting and registration plus Incorporation and business registration cost plus Office space. 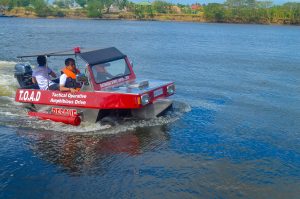 The TOAD or Tactical Operative Amphibious Drive is a four-wheel vehicle fabricated using locally-available materials such as stainless steel and aluminum. This can be used in emergency response operations specifically in areas submerged in flood.

In addition, this vehicle is durable, rust-resistant and maneuverable in open water navigation. The project is designed and developed by BatStateU researchers, funded by DOST-PCIEERD and completed in December 2015. It was recognized by different government agencies and featured in various news platforms.

TOAD is a recipient of the National Gawad Kalasag Award by the Office of Civil Defense - National Disaster Risk Reduction and Management Council (OCD-NDRRMC).

SIGAW: Bringing Innovation to the Shorelines of its Neighboring Communities 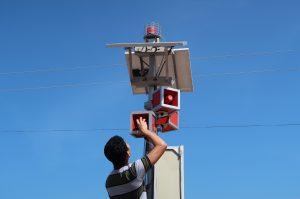 The Philippines is one of the countries prone to disasters since it is located in the area known as the “Pacific Ring of Fire” and is surrounded by large bodies of water. One of the most destructive calamities that have hit the country is the tsunami, a series of ocean waves caused by an underwater earthquake or volcanic eruption. This type of disaster can devastate the livelihood of the residents and disrupt the state of the economy.

In response to the critical environmental issue and light of the university’s research thrust on Disaster Risk Reduction and Management, a circle of innovators, researchers, makers, and builders from BatStateU came together and developed the Solar-Powered Isotropic Generator of Acoustic Wave or SIGAW. The project is spearheaded by the university’s Technology Business Incubator, the Center of Technopreneurship and Innovation.

SIGAW is a network of cost-efficient tsunami early warning systems which is capable of ensuring the safety of the citizens by providing early warning through a siren or an alarm and a text message. Data collected by the Philippine Institute of Volcanology and Seismology (PHIVOLCS) triggers the sensor of the SIGAW before the tsunami hits the shore, which gives enough time for the residents to prepare and proceed to a safer area.

Initially, the team handling the distribution of SIGAW across the country conducted site visits for the deployment of SIGAW units as part of disaster risk preparedness initiatives. Today, a total of 20 SIGAW units have been installed in the provinces of Batangas and Quezon.

SIGAW started its implementation in the Batangas province in 2016 with funding from the United Nations - World Food Program (UN-WFP). Through the partnership, 17 units have been installed in the different coastal areas in the municipalities of Batangas.

In November 2017, BatStateU, through the funding of DOST-CALABARZON, deployed three (3) units of Tsunami Early Warning System (TEWS) in Quezon province.

To date, additional three (3) units are  being developed and are set to be installed before the end of 2020. The university is also engaged in the maintenance of the said units. The SIGAW is just one of the many R&D initiatives of BatStateU as it continues to swim against the currents and bring about disruptive innovation to its neighboring communities. 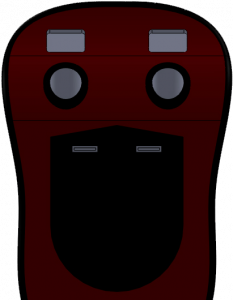 ROBIN or Recycle On - demand BIN is a reverse vendo system that accepts recyclables such as PET bottles and tin cans in exchange with rewards. Since discipline is lacking among people, we offer motivation through rewards for them to be environmentally responsible.

The bin's reward system is customizable such as typical coins or access to charging system or WiFi or more exciting points that can be converted to products from our partner retailers. Our partners may vary from fast food chains, convenient stores, malls, grocery shops, resorts and others who would like recycling to be part of their Corporate Social Responsibility (CSR). Imagine, exchanging a couple of PET Bottles for a cheese burger meal or a 1 - day pass in a resort.

Waste generation by residents in the Philippines, especially in the urban areas, have accelerated recently due to fast pace industrialization, urbanization and population growth. About 35,580 tons of garbage is generated every day in the Philippines. On the average, each person in the country produces about 0.5 kg and 0.3 kg of garbage every day in the urban and rural areas, respectively. 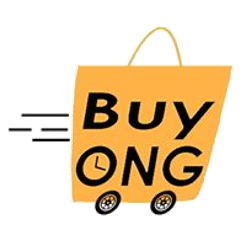 BuyONG is an online shopping platform made for markets where customers can browse and purchase items using their mobile phones and internet connections.