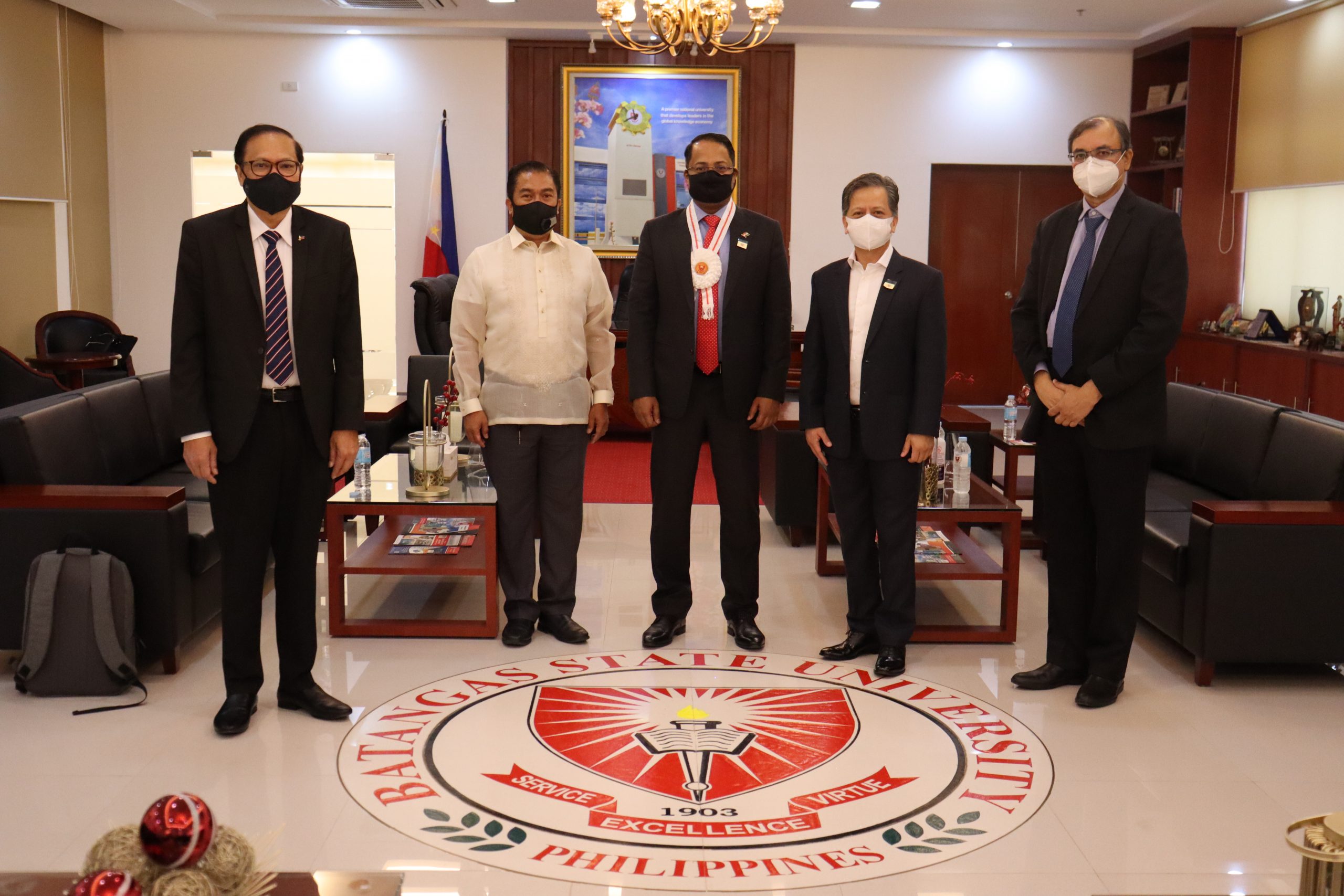 His Excellency Shambhu S. Kumaran, Ambassador of India to the Philippines, delivered the keynote message. He acknowledged the vision and spirit of partnership initiated by BatStateU, and stated that the Embassy of India in the country is strongly committed to drive the partnership forward. “Our forebears have already formed the bridge, and through this partnership, we are building momentum to strengthen that bridge as we share the same drivers of growth: demography,
democracy, demand, and diaspora,” Ambassador Kumaran said. He also offered the BatStateU faculty with fully funded doctorate scholarships in the QS-ranked Indian Institute of Technology, as well as specialized training courses in engineering and technology through the India-ASEAN framework. “I believe that India and the Philippines are in the position to take the partnership to a new level, and today we make a small but very significant beginning,” Ambassador Kumaran said as he ended his speech. 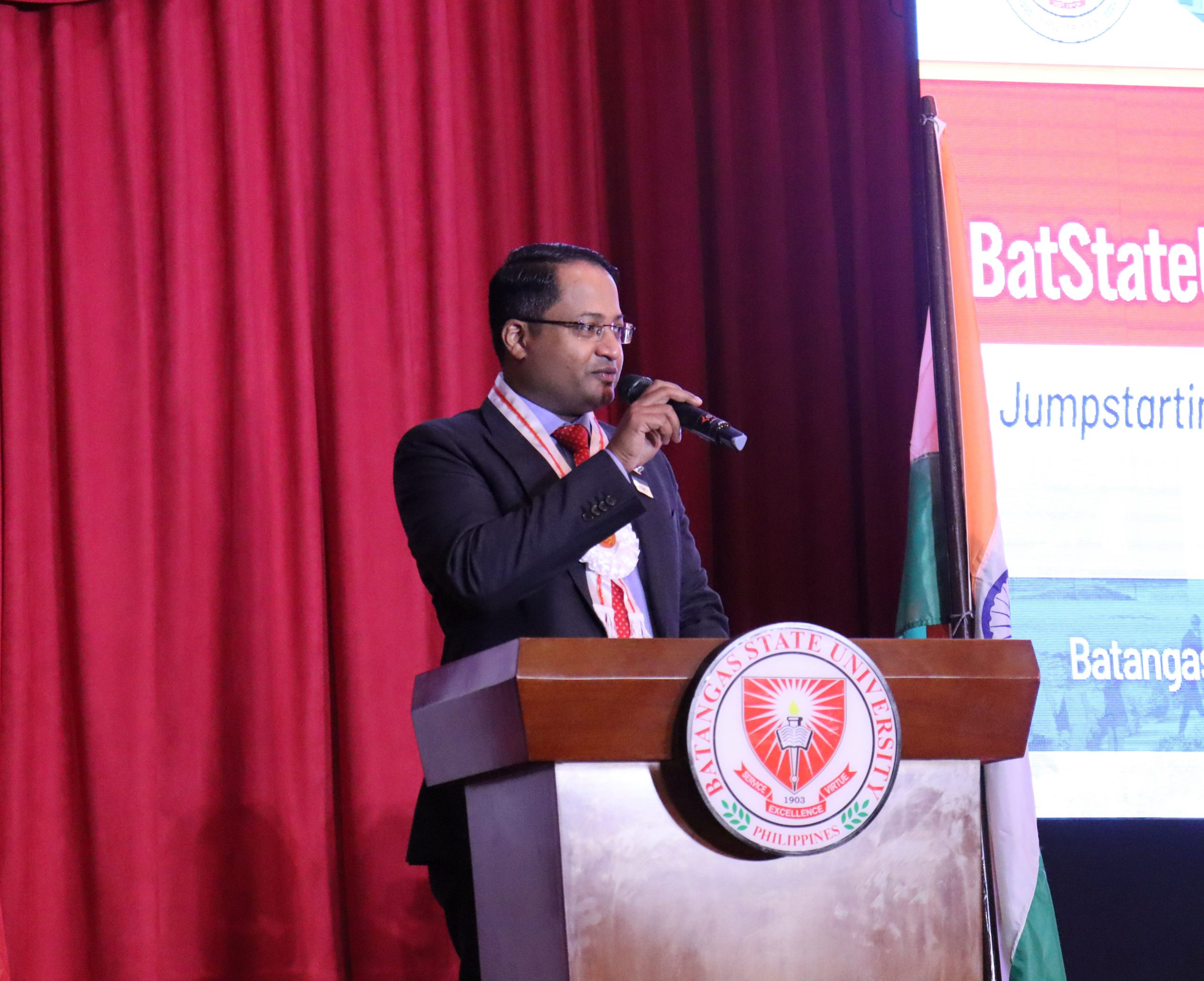 In his message, BatStateU President Dr. Tirso Ronquillo expressed his gratitude to Ambassador Kumaran and to the partner industries from India and the Philippines who forged partnerships with the BatStateU KIST Park. “As we bring the university closer to the industry, we should also bring the industry closer to the university,” said Dr. Ronquillo as he underscored the significance of bringing the industries to the academe for a more progressive knowledge co-creation between faculty, students, and industry professionals.

With the theme, “Jumpstarting the Knowledge Economy and Investments in the New Normal,” the event was graced virtually by top Philippine officials. Finance Secretary Carlos Dominguez III shared that he is impressed with BatStateU’s visionary leadership for venturing to establish the KIST Park. “We need more forward-looking innovative projects such as the KIST Park. The next generation must be trained in cutting-edge science and technology to support our aspirations for a truly inclusive and competitive economy,” Sec. Dominguez said in his video message.

Agriculture Secretary William Dar also imparted his gratitude and appreciation to the technological initiatives of BatStateU and the boost provided by the Embassy of India for this venture. In his video message, Sec. Dar said that “this new partnership between Batangas State University and the Embassy of India would be beneficial to many as it will open new opportunities for the inclusive growth in the country.”

Philippine Economic Zone Authority Director General BGen. Charito Plaza lauded the establishment of the BatStateU KIST Park, as it “demonstrates a testament for the university to lead the community of state universities and colleges and private higher education institutions as a paragon for their collective transformation from a traditional campus of instruction into becoming a premier research university.”

“The KIST Park development shall be the ultimate option to harmoniously attain innovation in the production and distribution of goods and services,” added BGen. Plaza.

Batangas 5 th District Representative Marvey Mariño was also present during the event and expressed his full support to this undertaking by the university. He assured the companies from India increased efficiency in performing business operations in the city.

“I am amazed at how sincere the good Ambassador is in his efforts to work not only with the Filipino people, but also with the Batangueños. The future is about innovation, and I am glad that the BatStateU KIST Park is helping the city and the country [in this aspect]. Batangas State University is one of the best schools not only in Batangas but perhaps, in the whole Philippines. You picked the right school, and you picked the right city,” Rep. Mariño stated. 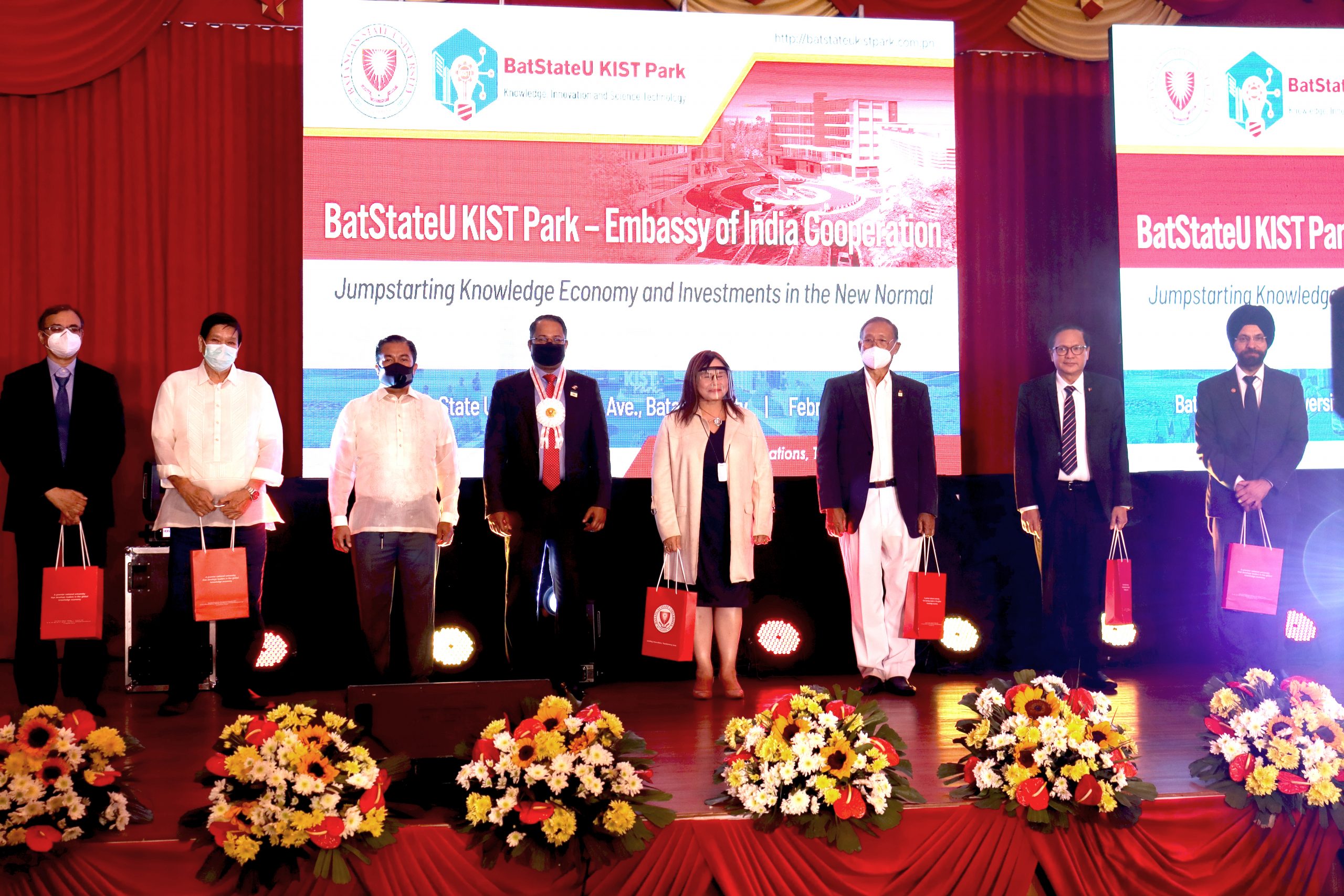 Five cooperation agreements were signed between BatStateU KIST Park and partner industries from India and the Philippines. These include a collaborative project on Blockchain and Crypto-enabled Edutech cooperation, which is focused on transitioning and upskilling students and professionals for the ‘new normal’ knowledge economy and global careers. Another agreement  on the digitalization of aquaculture supply chain with Artificial Intelligence, Internet of Things and block chain technologies was signed on February 14 in Talisay, Batangas also with the presence of Ambassador Kumaran. 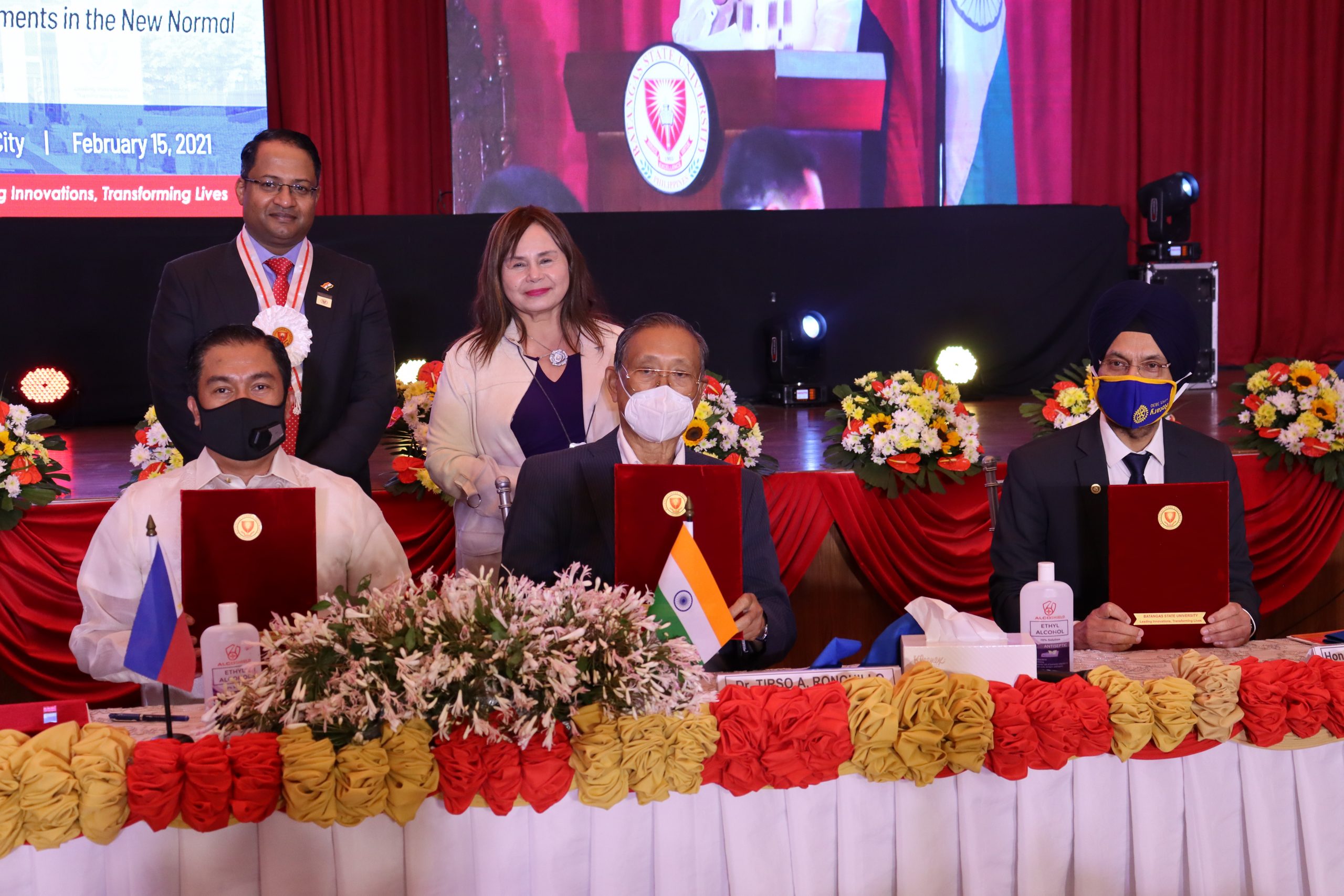 The signing ceremonies were witnessed by 80 onsite attendees, mostly university officials and industry partners from the Philippines and India, following IATF guidelines on physical distancing. At least 54 industry CEOs and managers currently in India and in other parts of the Philippines attended via Zoom, with almost 27,000 people reached via streaming on Facebook live.

Now open for business, the BatStateU KIST Park spearheads a long-term vision for state universities and colleges in the Philippines to expand their programs for industry, academe, market synergy, technopreneurship, innovation-based business incubation &amp; acceleration, and knowledge co-creation in science and technology.