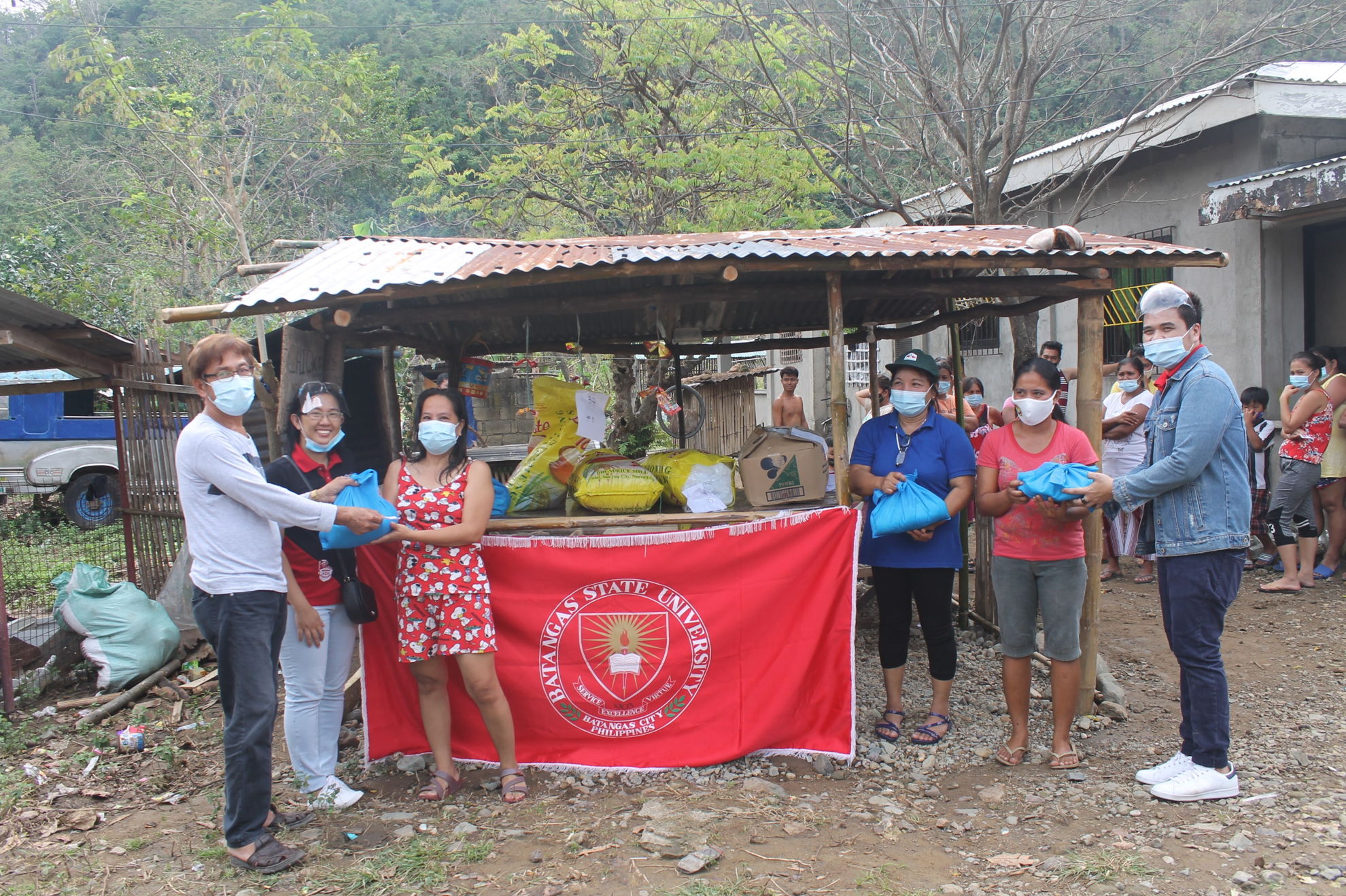 The Batangas State University, in partnership with the Ayala Young Leaders Alliance – Batangas (AYLA-Eh), brought aid to Brgy. Talahib Pandayan in Batangas City, one of the communities severely affected by the spate of typhoons that recently hit the country.

Spearheaded by the Extension Service Office (ESO), the relief operation was conducted through the extension project ‘Lingap Kabayan’ on November 10, 2020. Situated at a coastal area in the southern part of Batangas City, Brgy. Talahib Pandayan was one of the university’s adopted communities in its Adopt-a-Barangay Program. 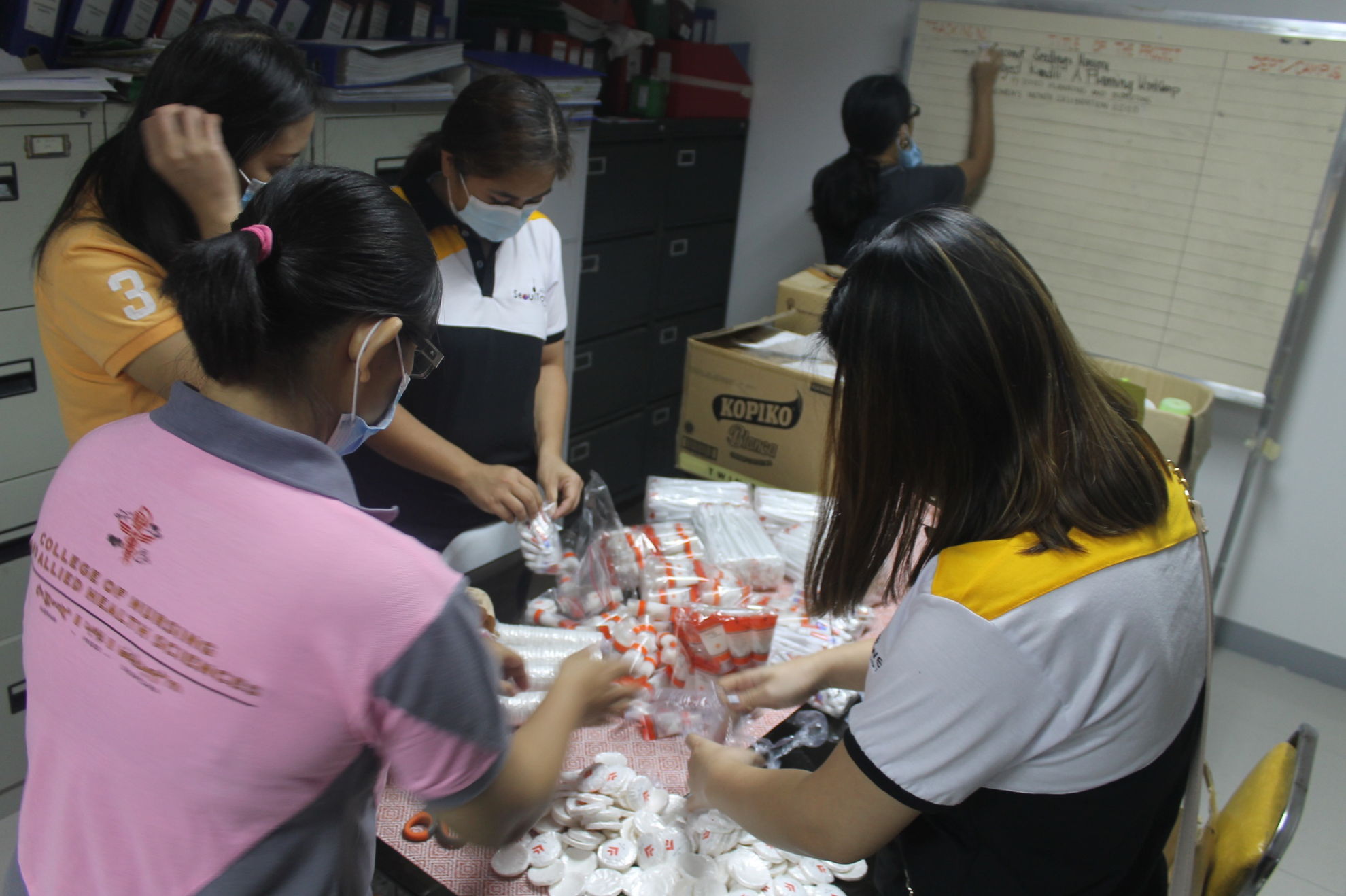 A call for donations was made on November 2, and the office received almost P60,000.00 worth of cash and in-kind donations from several private groups and individuals, including Sunlife Seoul Tower Sales Team, who also helped in repacking the goods. The monetary donations were used to purchase hygiene kits and sacks of rice, which were found to be the immediate needs of the community after ESO’s initial assessment of the affected families’ conditions.

The relief operation benefited 358 families from three sitios of Brgy. Talahib Pandayan. ESO was assisted by the local government unit of the barangay. Six families from the university’s own Integrated School also benefitted from the operation. 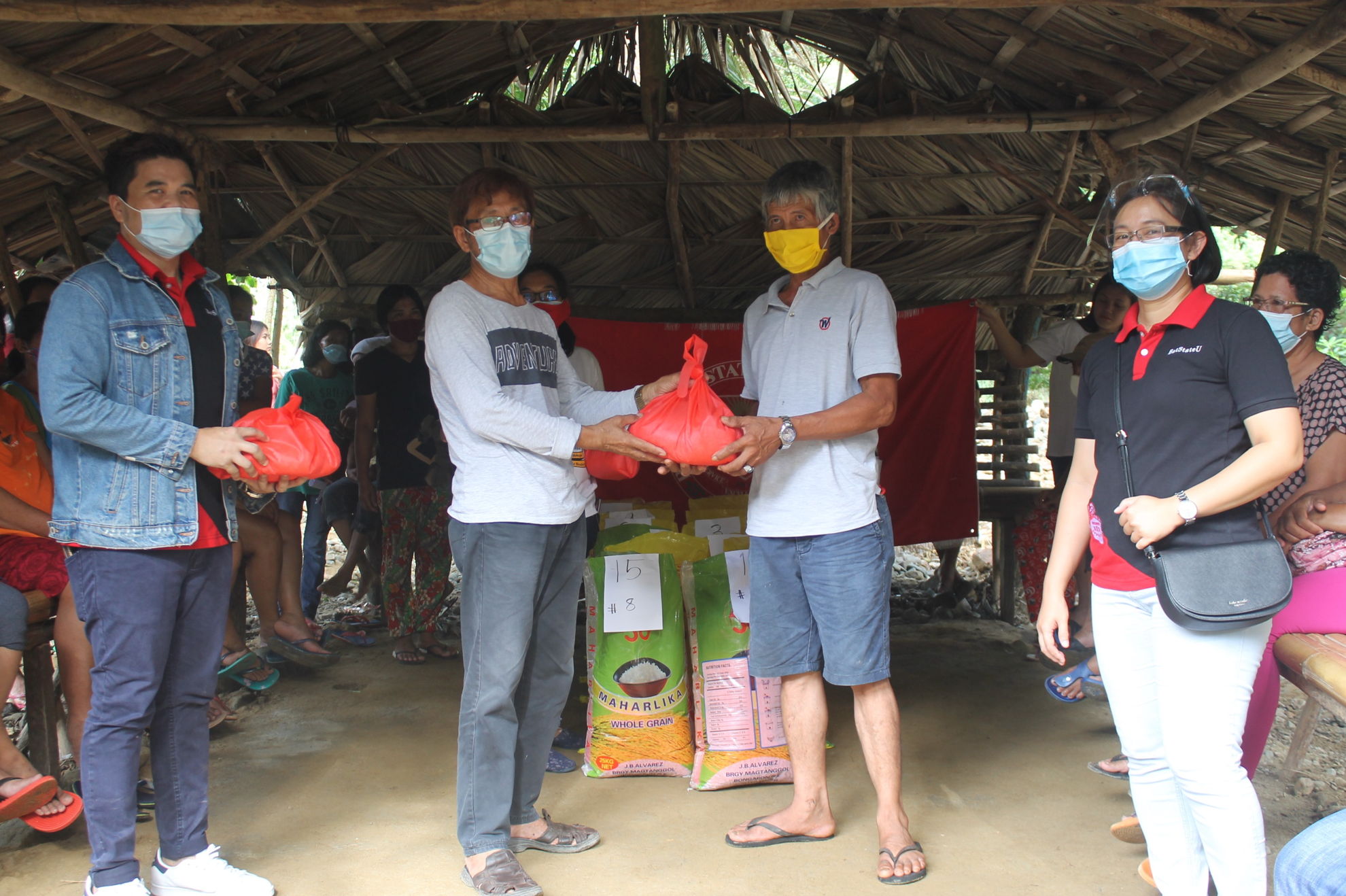 In a social media post, the Extension Services Office thanked all the donors who supported the team’s goal of providing aid to the communities that need help the most. The office still accepts donations in kind for the families of Talahib Pandayan.