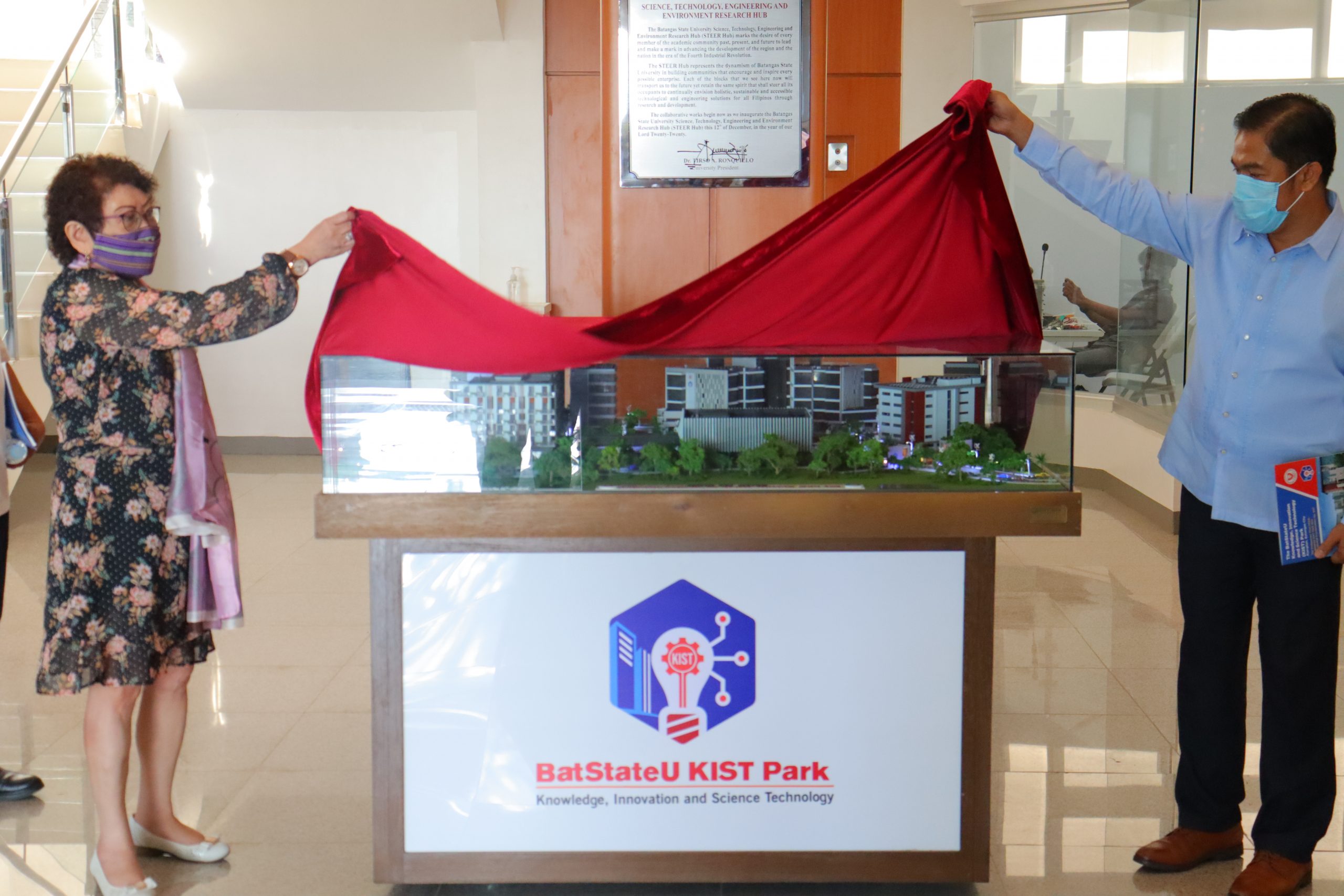 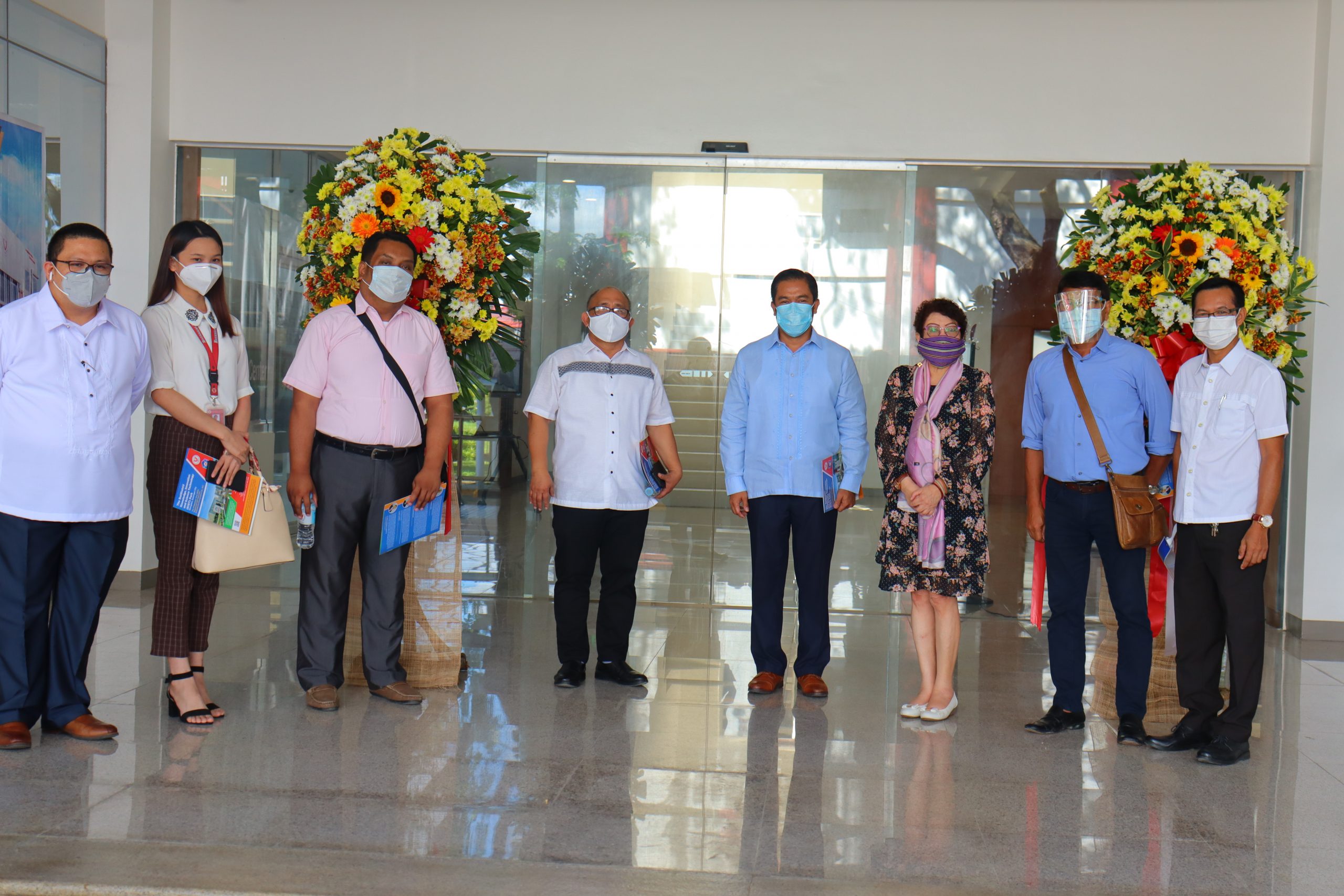 The Chair and members of the BatStateU Governing Board during the STEER Hub inauguration and unveiling of the  KIST Park.

Dr. Lilian A. De Las Llagas, Commissioner of the Commission on Higher Education and Chair of the BatStateU Governing Board, led the ribbon-cutting ceremonies, together with BatStateU President and KIST Park Chief Operating Officer, Dr. Tirso A. Ronquillo. Members of the university’s Board of Regents and Executive Committee witnessed the event, following strict health and safety protocols.

A highlight of the event was the unveiling of the 3D model of the BatStateU KIST Park that showcases Technology Hub, Design Innovation Building, Technology Centrum, Data Center, Convention Center, and KIST Hotel. 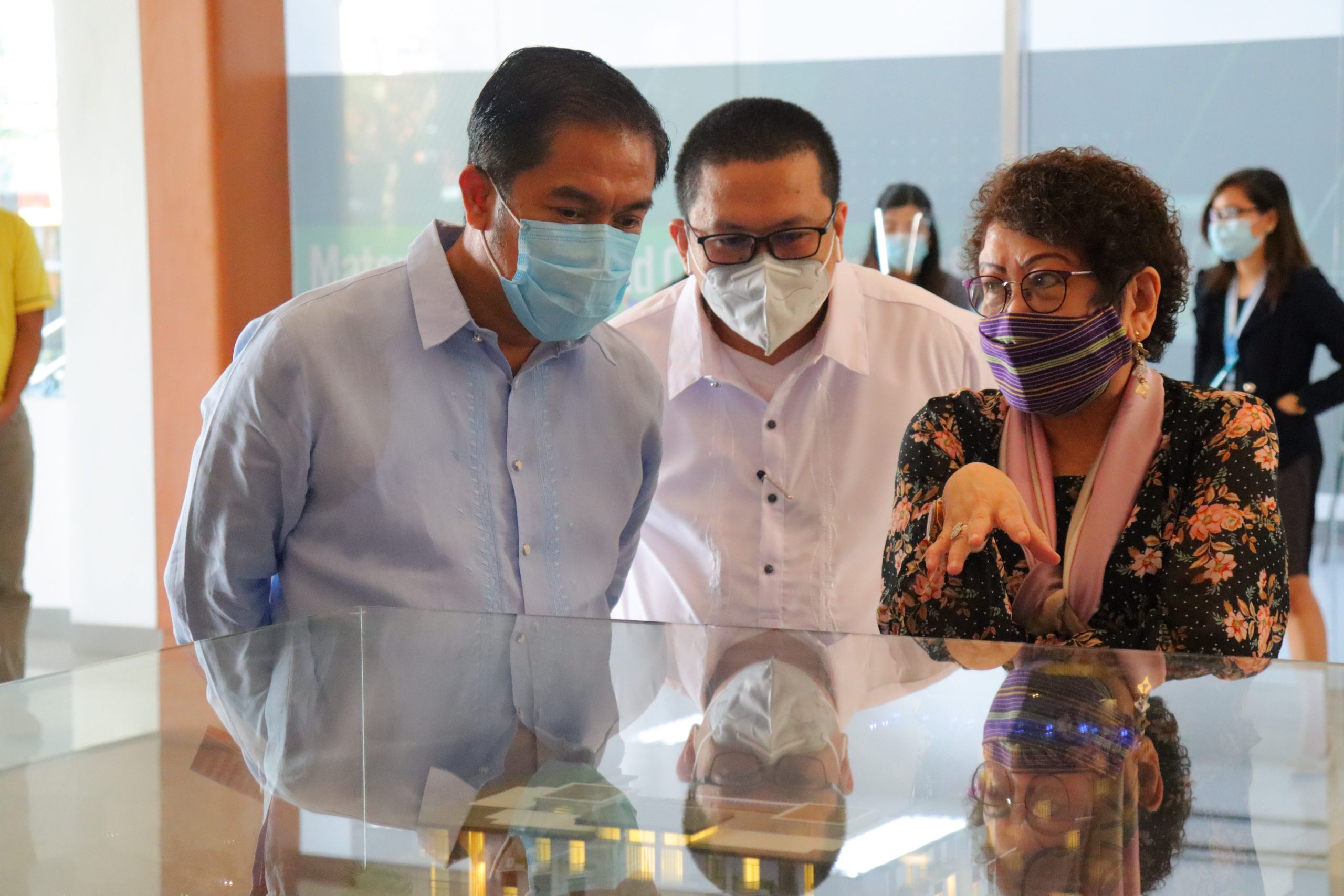 In his message on steering innovation and knowledge creation in science and technology, Dr. Tirso Ronquillo underscored the university’s efforts to serve as the anchor of CALABARZON Regional Inclusive Innovation Center, as it maps the key innovation actors and initiatives in the region and facilitates the engagement of innovation players in government, academe, and industry. He also thanked the Board of Regents and Executive Committee for the commitment to advancing the innovation initiatives of the university.

The Chairman and CEO of Pythos Technology Philippines, Inc., Engr. Ernest Thomas Nierras, said in his presentation that it was important for them to commit as the BatStateU KIST Park’s first locator. “We want Pythos to set an example for all semi-conductor companies and start-ups in the Philippines. Right now, KIST is structured in such a way that it encourages companies to come in, create technology, and share technology,” Engr. Nierras stated. He also presented one of the company’s latest product innovations. It is a special type of facemask with advanced filter and virus deactivation technology that is simulated by the engineer researchers of Batangas State University. 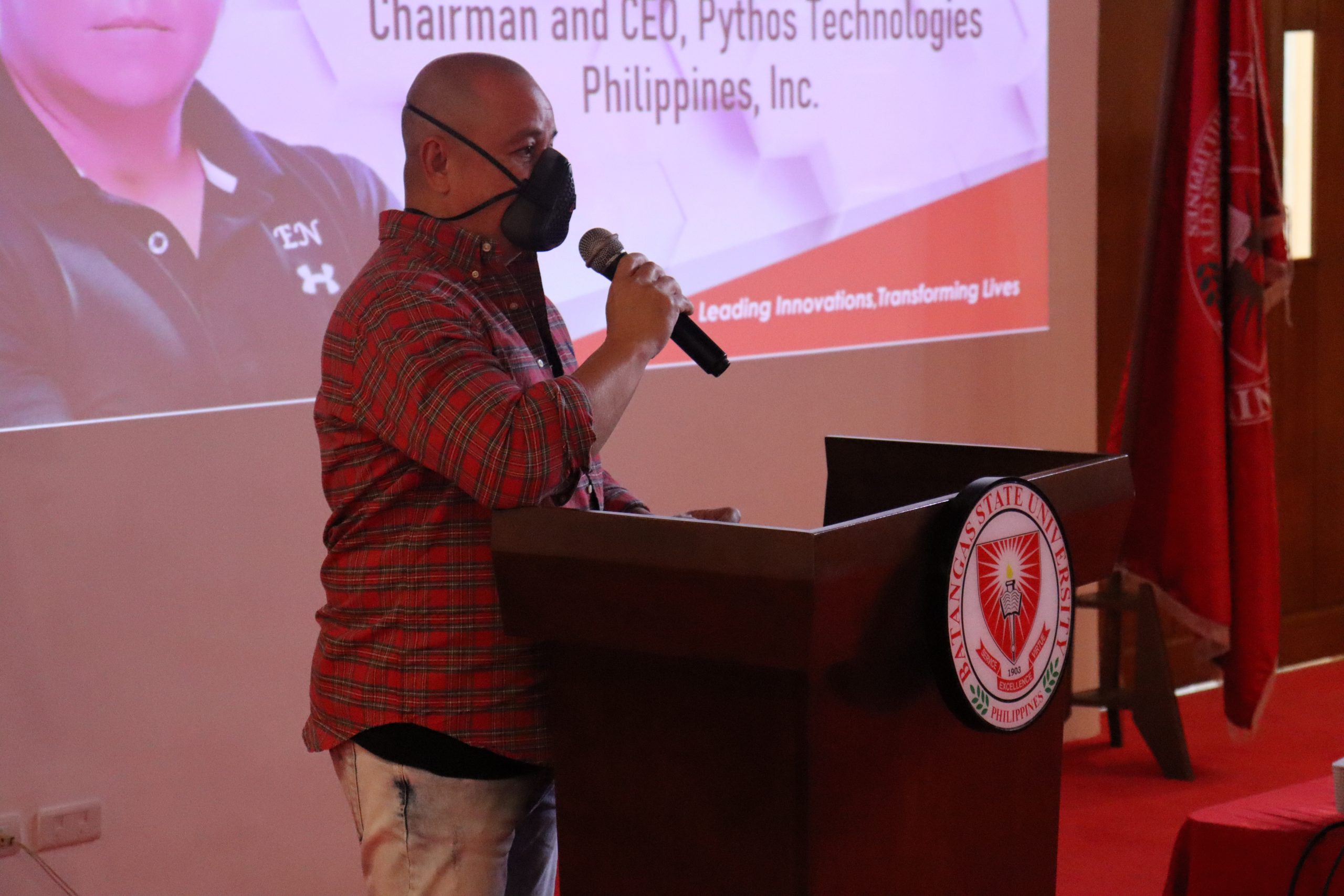 Engr. Ernest Thomas Nierras, Chairman and CEO of Pythos Technology Philippines, wears his company’s latest product, a facemask with advanced filter and virus deactivation technology, during his presentation at the launching program.

CHED Commissioner Dr. Lilian De Las Llagas said, in her closing message, that the university is “trailblazing the landscape” and its initiatives serve as “a blueprint for other SUCs” in expanding their technopreneurship and inclusive incubation programs. She ended by saying that, “As BatStateU continues to build on intellectual capital in the new normal, it is imperative that the university continues to help build a better normal for the community and the greater society, and should be a driving force in the production of innovative solutions to real world problems.”

It can be remembered that President Rodrigo Duterte signed Proclamation No. 947 on May 22, 2020, designating the BatStateU KIST Park as a Special Economic Zone . Already open for locator companies and start-ups, the KIST Park offers income tax holidays and other fiscal incentives. Business locators will also benefit from the knowledge generation, technology transfer, and commercialization initiatives of the university.

Batangas State University is a Level IV state university in the CALABARZON region, and the only SUC in the country accredited by the US Accrediting Board for Engineering and Technology (ABET) for its Engineering, Information Technology, and Computer Science programs. It is rated 3 stars in the Quacquarelli Symonds (QS) list of top universities.